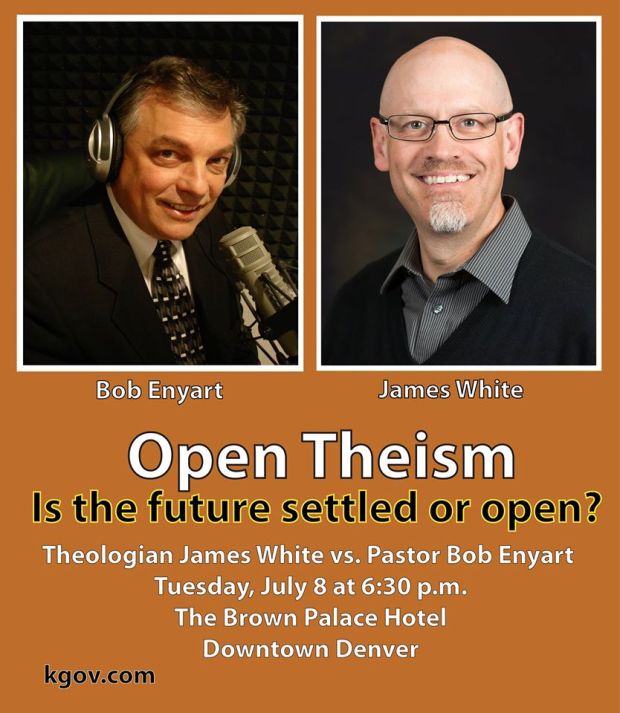 * July 8th Open Theism Enyart/White Debate: Well-known theologian James White will debate Bob Enyart, the pastor of Denver Bible Church on Open Theism: Is the future settled or open? On Tuesday evening, July 8 at 6:30 p.m., the debate will be held downtown Denver at Colorado’s historic Brown Palace hotel. If you’re in the state, or can be, you are cordially invited to come on out and we’ll have a great time in the Lord! Admission is free and seats for 100 attendees are available on a first-come, first-served basis. Quoting OpenTheism.org, “Open Theism is the Christian doctrine that the future is not settled but open because God is alive, eternally free, and inexhaustibly creative.” That is, God can forever think new thoughts, design new works, write new songs. He has not exhausted His creativity and never will for. Of His kingdom there will be no end and thus by God’s everlasting freedom and abilities, the future cannot be settled but must be open. In the meantime, check out some great O.T. debates including Bob’s previous efforts by clicking on the “Debate” tab at OpenTheism.org.