From The Influence of Origen on the Young Augustine by Gyorgy Heidl:

According to Augustine, the philosophy of the other world is not merely Platonism or Neoplatonism but also Christianity. In addition, it is only the latter which is capable of calling sinful souls back to the intelligible world.21 Therefore, Christianity is considered the “true” or “truest philosophy” (verissima philosophia)22 which teaches the unity of the Trinity and the Incarnation of the Divine Intellect.23 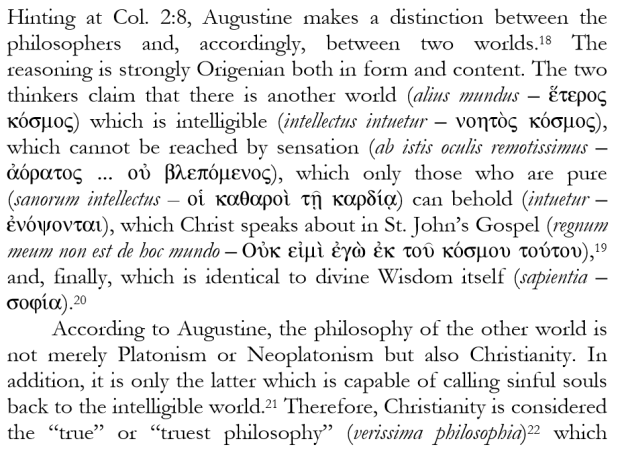