The following was deleted from Alpha and Omega Ministries. Bob Enyart and Will Duffy had quickly responded to White’s criticism of Enyart. White and his ministry did not want Enyart’s side to be heard and removed it from their Facebook page (update: both Enyart and Duffy were also blocked). This is all in response to White’s backtracking and disingenuous handling of the Enyart White Open Theism debate aftermath:

Response posted by Alpha and Omega Ministries (1/25/2015). The reader can decide if Enyart’s and Duffy’s posts were inappropriate: 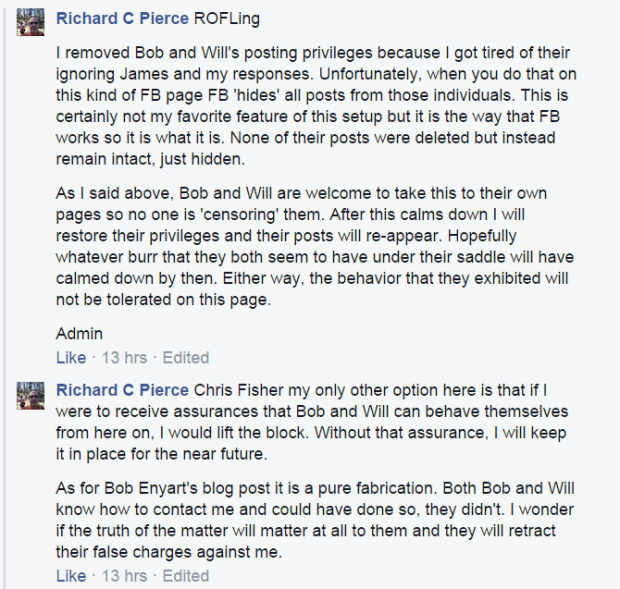